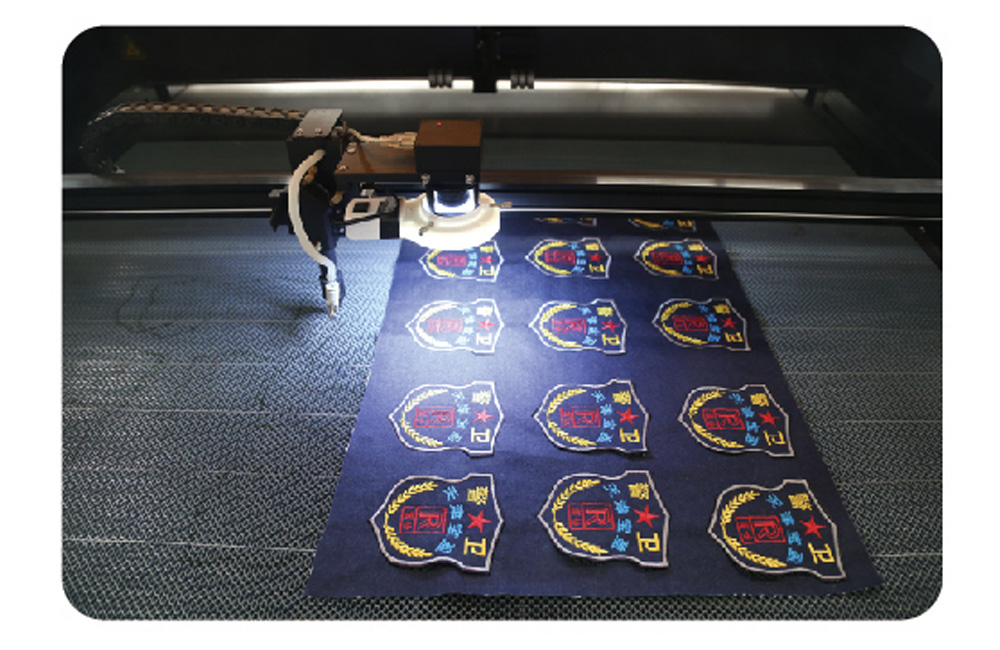 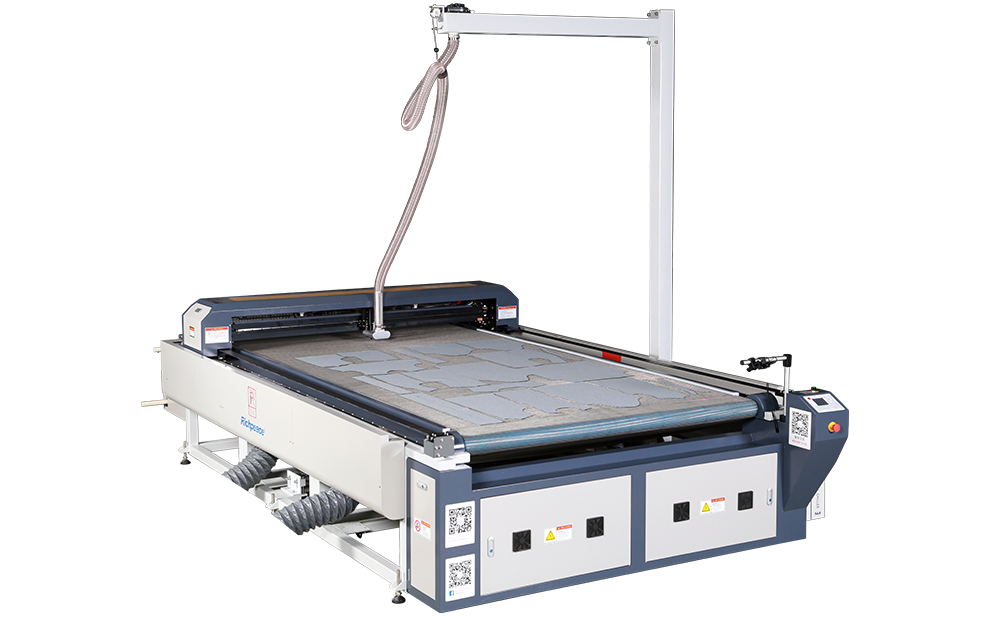 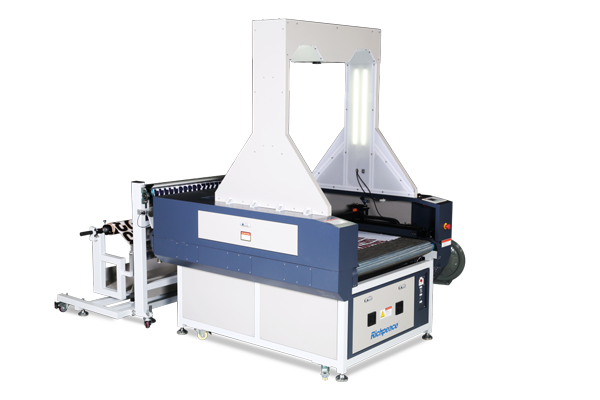 Positioning and cutting for digital printing clothing, logo, Hometextile, Luggage, Upper of shoes and other graphics,etc 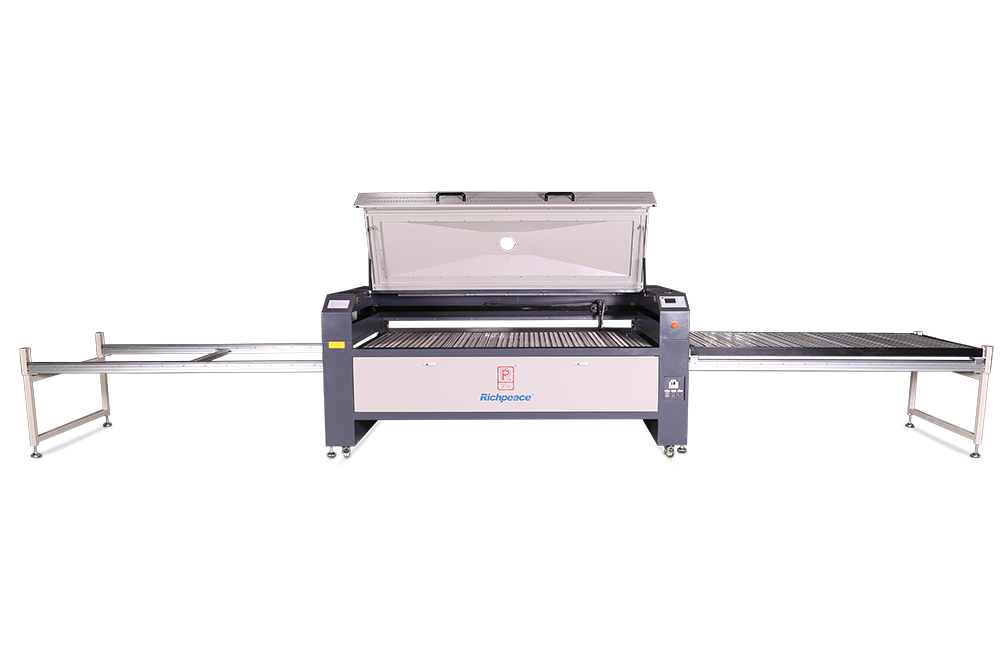 Suitable for all kinds of template cutting, capable to cut many kinds of non-metallic raw materials like fabric, marker paper, PVC, acrylic, leather and so on

Laser, as a kind of nonmetal material processing technology, has its unique advantages in engraving and cutting. Since 2005, RICHPEACE has invested and researched in field of laser equipment manufacturing. At present, RICHPEACE has a relatively complete laser series, suitable for widely laser produce applications.

In 2007, Laser Engraving & Cutting Machine with movable tables on both lef and right.